Fuensanta Nieto and Enrique Sobejano architects were in the city last week. They presented their work at the Cooper Union.

Architecture is always coming from something out of our memory [...], our personal experience. [...] We want to take away everything that is not necessary, but yet still understand the meaning, as if getting rid of a maximum number of letters in a text without jeopardizing its reading. Architecture is full of this "missing letters" idea, just like a painter expresses what he understands of a building by representing only certain elements, by summarizing and emphasizing his impression of reality. We always try to build the minimum number of elements to express a concept.

Every project presented tonight plays with the following key components of architecture:

The existing building is a valuable ruins.[/caption]

The new roof is the new landscape. Aluminum makes it disappear.[/caption]

The roof and interior redesign have been delicately put on top of the existing stone walls.[/caption]

The city of Graz is protected by UNESCO, namely for its roofs that haven't changed much through the centuries.[/caption]

The project is the extension of a department store, through the 5th facade.[/caption]

A public plaza is proposed to connect the two existing buildings and house the different required spaces underneath.[/caption]

The visual relation with the historic buildings is constant.[/caption]

On this archaeological site, between memory and invention, the architects had to understand the relation of new and old. [...] How to do more than a simple reinterpretation? The ruins and the new building are different but share a lot in the project. 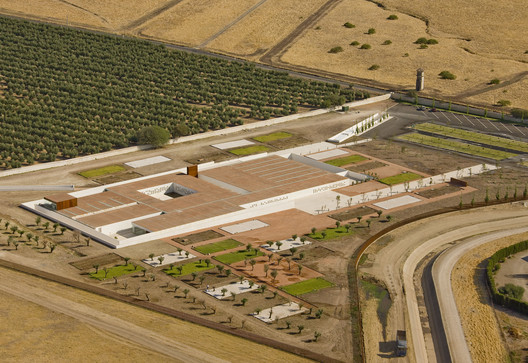 The importance of voids became the driving idea.[/caption]

Its name means the shining city. That is why white is the prominent color.[/caption]

This project was inspired by two components previously present on site: roman city walls and industrial silos. A direct relationship with the past is thus installed.

Contemporary silos in perforated corten steel and its negative inside.[/caption]

At night, the silo illuminates.[/caption]

The limit (between mountain and city, between past and present) becomes the theme. The project is about a party wall that is inhabited inside.[/caption]

Exterior skin is a material that plays around what is natural and what is artificial.[/caption]

The extreme conditions of this narrow site induce movements of expansion / compression of spaces inside.[/caption]

The building plays with the public space, that continued in the interstices of the building.[/caption]

The center is a complicated interlacing of different uses.[/caption]

The cluster is made of similar pentagons figures; but different sections and roof inclinations make them different buildings.[/caption]

The (cheap) poly-carbonate material of the facade lights up at night.[/caption]

Arabic decorative geometry was used as a basis for architectural spaces, with a jump of scale obviously, and hexagon variations.[/caption]

In section, the pattern is a pyramid inversion, used as inverted skylights.[/caption]

The same geometry is used at another scale to become the facade, that illuminates with impressive variations:

This 9 cubes project that - once again - plays with the roof as a variation tool, was inspired by ceramic local culture.[/caption]

This building is intimate with the existing forest trees. Its tower is a helicoidal unfolding.[/caption]

Those Spanish architects are damn good at what they do! Unfortunately, as Fuensanta Nieto confirmed while we chatted after the presentation, that the construction market is still pretty bad in Spain. That is why international competition is their best chance to keep building those beautiful projects.