Buro gives a talk at the Library

Koray Duman, from Buro, was invited earlier this week to talk at the New York Public Library about his work, from the angle of public space and civic architecture. He explains that until the 20th century, there was a strong, almost inherent, link between civic life and great architecture. 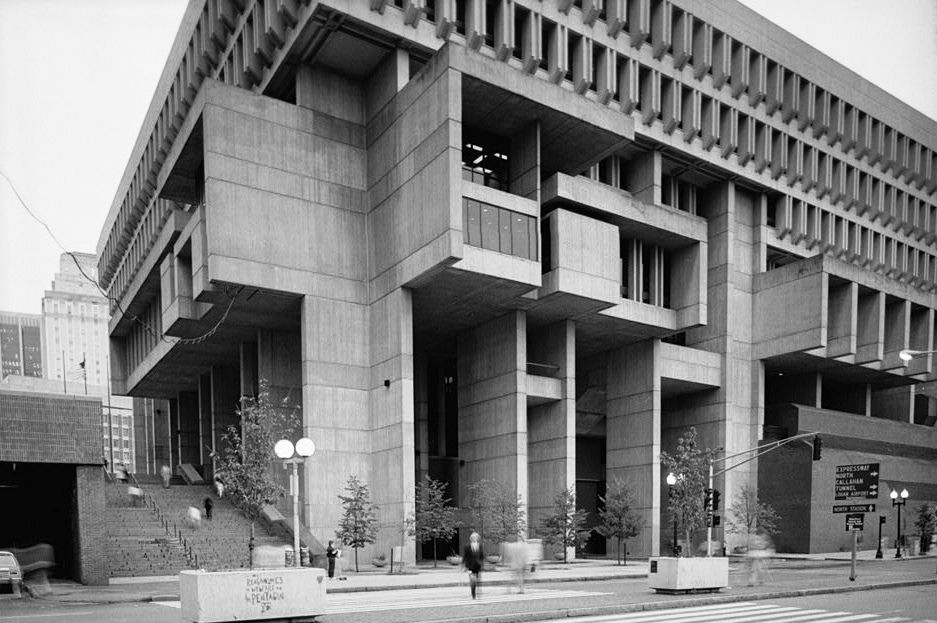 Boston City Hall, a masterpiece of Brutalism, or civic architecture engaged in its time.[/caption]

For the past 20 years in New York City (Buro's home city), we have seen a shift to private programs. New projects are more a matter of façade treatment and material research than public space. But for the first time, new high rise buildings are completely sealed to the public.

Open competitions are a way for organizations to engage public debate and for architects to think about bigger issues than just one building. The problem with this system is simple: you rarely win. To compensate the time/money involved and the unknown issue of such amount of work, Buro decided they would only compete on projects for the city they live in or for organizations they care about. [vimeo 109085572 w=500 h=281]

This project is not attached to a particular site yet, and is currently  in the process of getting fundings. The architect walks us through the design process. It all started with the study of the Islamic population of NYC. They also looked at other religious centers, particularly how different uses interlaced with so-called religious spaces. They studied historical religious typology and noticed the complex system developed around the traditional mosque. Meanwhile, a detailed program analysis was provided to the client.

The initial diagram takes the circulation system around the traditional mosque and wraps it vertically around the new building.[/caption]

The Prayer room, core of the project, is oriented to the Qibla, which makes the building swift from its upper part.[/caption]

The inner skin is a honeycombed system that can open or close depending on the desired level of privacy of the spaces.[/caption]

Buro designed a fence for this cultural center. They met the resident artists and wanted to celebrate craftmanship, nothing fancy. They proposed to use concrete rebars, a raw and beautiful material.

This small project is a temporary structure to be installed in the public space during the (great) Ideas City Festival. It aims at creating a place of conversation in our multimedia age.

Through an interactive skin device, the structure supports public conversation.[/caption]

Under the BQE, Sunset park, Brooklyn.

This project is linked to the recent publication Under the Elevated, by the Design Trust for Public Space. The idea is to use the DOT-owned space under the highway BQE to create new opportunities for neighborhood and for people working at the Industrial City located close-by.

The big issues are light, noise, views and traffic. The architects developed different scenarios and ended up detailing two proposals.

Option 1 is for food trucks / commercial kitchen and option 2 is for sports / recreation spaces.[/caption]

New spaces are squeezed under the highway.[/caption]

When asked about the increasing number of bottom-up initiatives to reclaim public space, the architect says that communities are more and more involved with city planning. In this complex design process, the architect must keep the big picture in mind. It is through teamwork and collaboration, namely with landscape architects, that public space will reclaim its power to trigger conversation, urbanity, encounter.