Every year Canstruction launches a competition of sculptures made out of cans. The cans are then donated to local organizations to fight hunger. The NY teams are exhibited until November 16 at Brookfield Place, go have a look! Some are very inventive, others are structurally impressive; some are hard to read until you take a picture of them, others are just funny. Here are my favorite ones:

The road to ending hunger, by Silman[/caption]

With MTA - NYCT (Be considerate, good etiquette is CAN'tagious'), get the train! 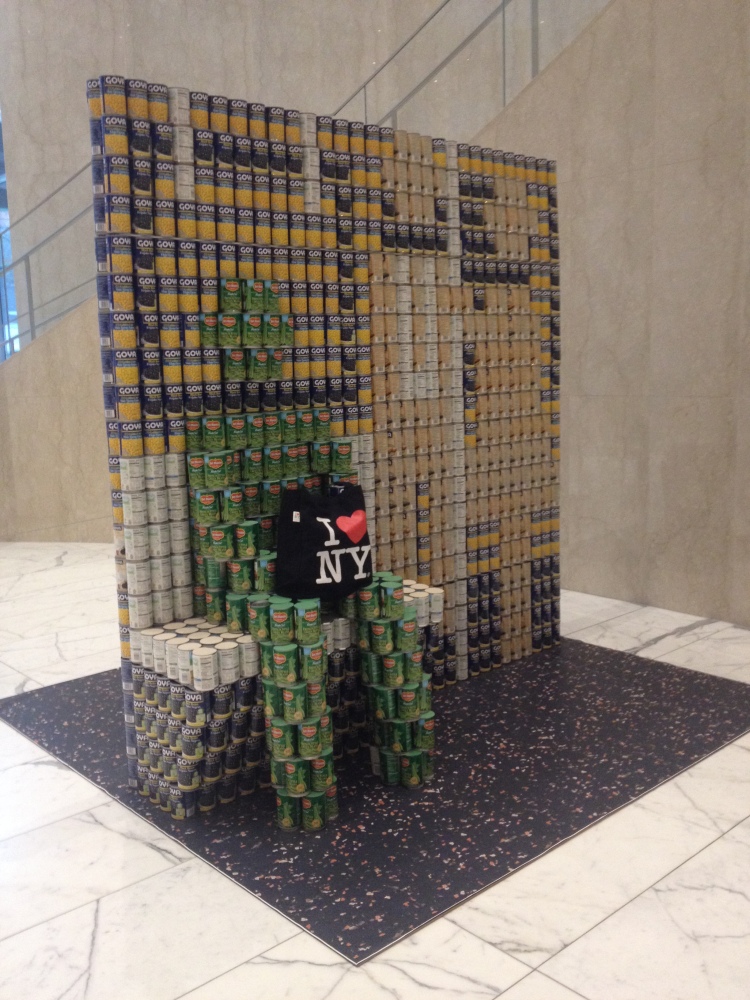 Bridges are not the easiest to manage:

Leave hunger in a fog, by 2LS Consulting Engineering[/caption] 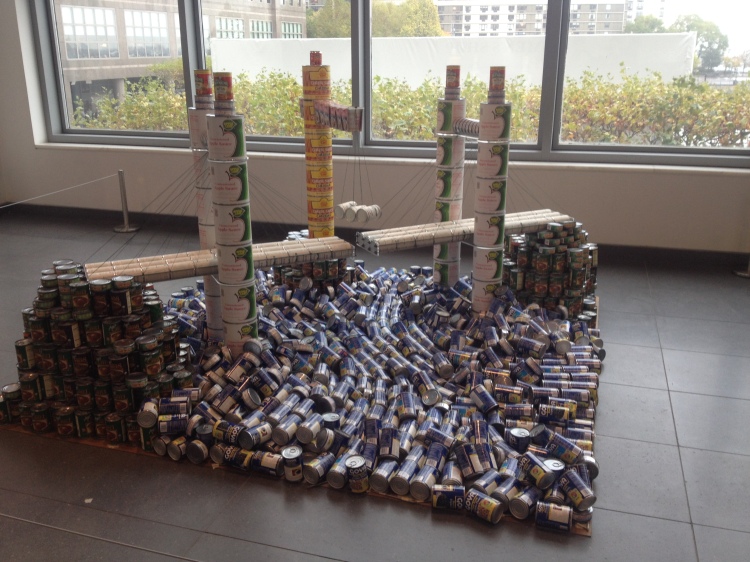 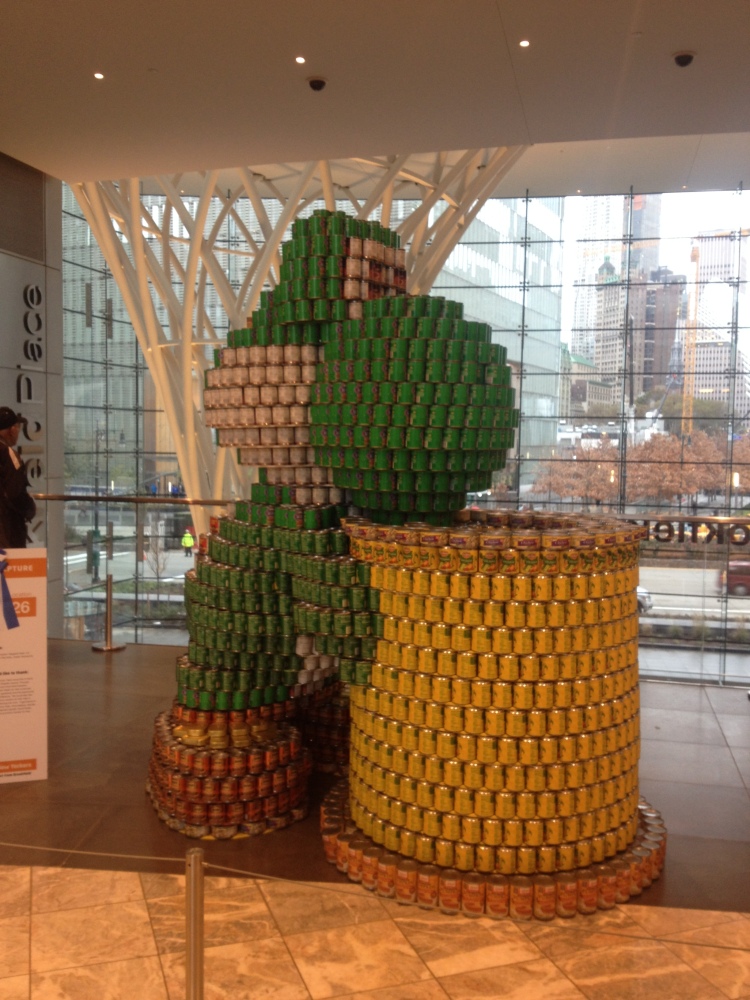 Yoshi is pretty famous!.. But there are also Bugs Bunny and Batman: 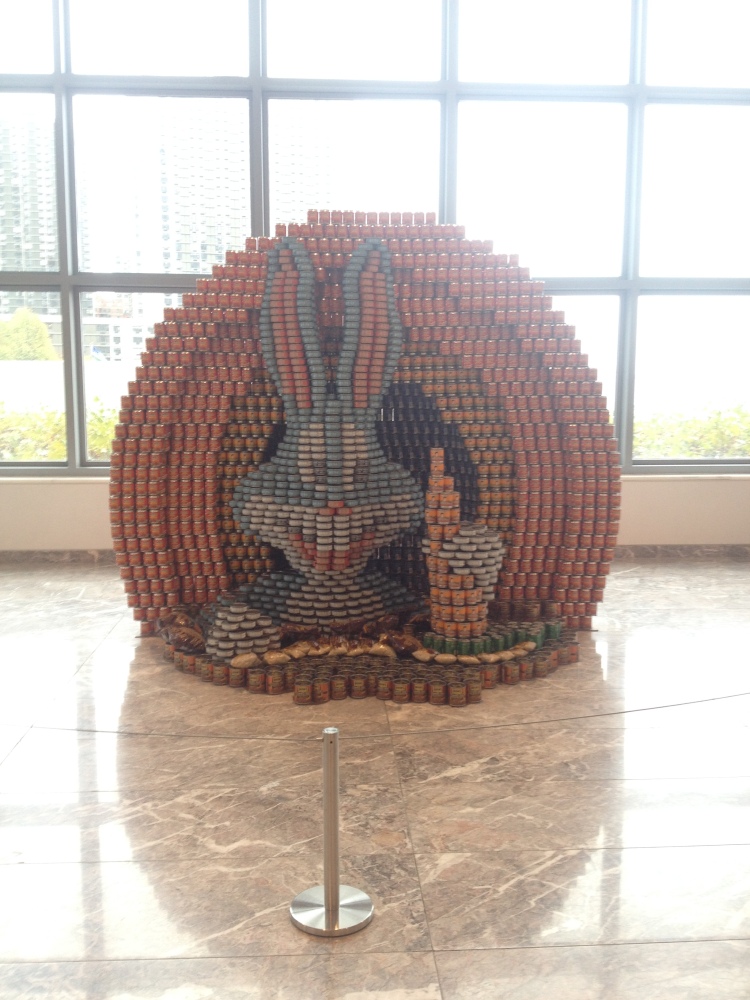 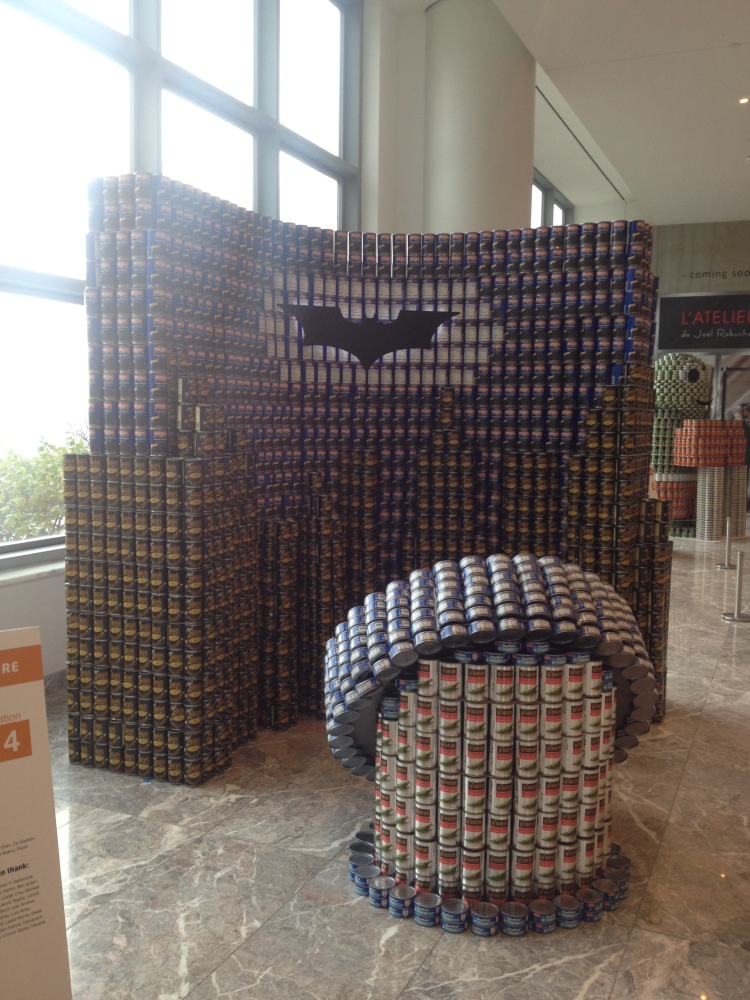 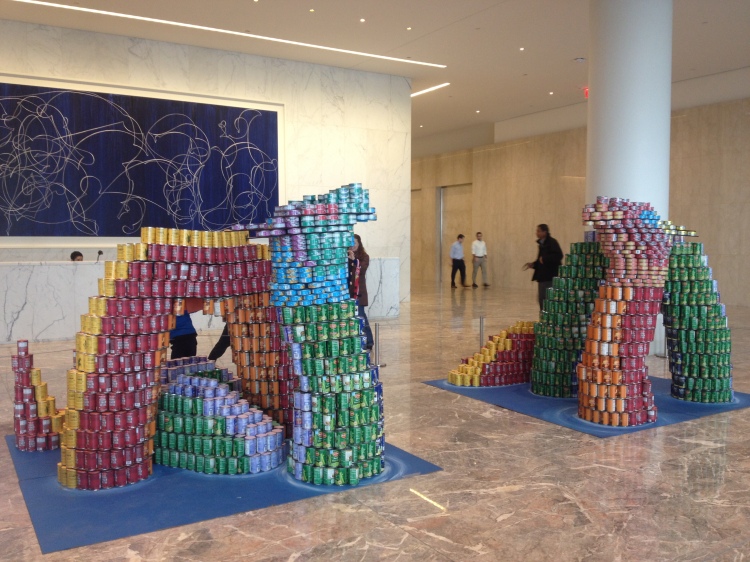 « Where does this grid come from anyway?  |  Nieto Sobejano architects »