DESIGN! Life depends on us

Yesterday was held an amazing, optimistic, motivating talk by Edward Mazria at the AIA NYC chapter on architects and urbanists environmental urgent responsibility. Here is a report of "DESIGN! life depends on us" conference.

First things first, we need a catch-up on History. Cities and buildings changed dramatically in a very short period of time. Housing conditions around 1900's were awful. In 1928 was held the first international congress of modern architecture. A set of architectural principles were established to initiate a global social reform:

Then Le Corbusier established his famous 5 principles for the modern architecture :

Designers had a whole agenda. The 1st building to answer this principles is the Bahaus, by Walter Gropius in 1925 (see below).

In the same way, the 1st masterplan would be Brasilia, by Oscar Niemeyer, in 1960 (see below).

Still, all of this was made possible through abundant power sources. In 2014, society is facing different issues. We need a similar movement, a paradigm shift in how we design. 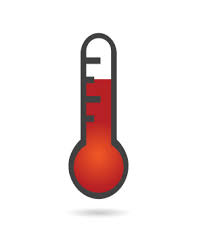 The truth is hard to hear, but we can't deny it:

We must phase out CO2 emissions in cities by 2050 to avoid the critical maximum of 0.5 trillions tons. Here is a huge opportunity for designers and planners. The shift can't and won't happen without us. By 2030, over 8 billion m2 of new and rebuilt buildings will be constructed, mostly (53%) in the US, Canada and China (38%). Multinationals, who have sealed environmental goals, enable an architectural community to develop between the US and China.

That is when Edward Mazria presents us Architecture 2030, which aims at slowing the growth rate of GHG emissions and then reversing it ; here is the key to addressing climate change and keeping global average temperature below 2°C above pre-industrial levels.

The set of targets proposed by architecture 2030 has soon been adopted by UIA, designers, mayors, organizations, states and public representatives, products, new urbanism, ...

Then appeared the 2030 districts, with the first one in Seattle.

An other action was to work on design softwares real time simulation. Thus designers know immediately the implication of what they are conceiving. The Palette 2030 is an other very useful tool for designers.

The wakening of architectural and public communities definitely had an effect on projections:

The reduction of CO2 emissions is also the reduction of energy consumption, and that represents a huge sum of money people won't spend in energy. With the best available demand technology, we can dramatically low down the demand on coal plants. This shift is to think globally, at an international scale. A road map to 0 emissions has been scheduled, with reduction targets and action items on new and renovations buildings. We also need to double non co2 emitting energy sources.

The goal is to get to carbon neutral cities by 2050. To achieve this, step 1 is information, step 2 is technology. This shift in design practice is necessary at all scales, from sustainable and adaptable design and planning to renewable energies.

At the end of the talk, Susan, from Metropolis magazine asked a few questions to the speaker and expressed her impatience for things and mentalities to change towards environmental issues. To the question about people who are at the end of the chain, using (badly) the buildings, Edward Mazria states that education is surely necessary. 2030 districts, which are made of private buildings, consist an optimistic example of the general shift society is living today.